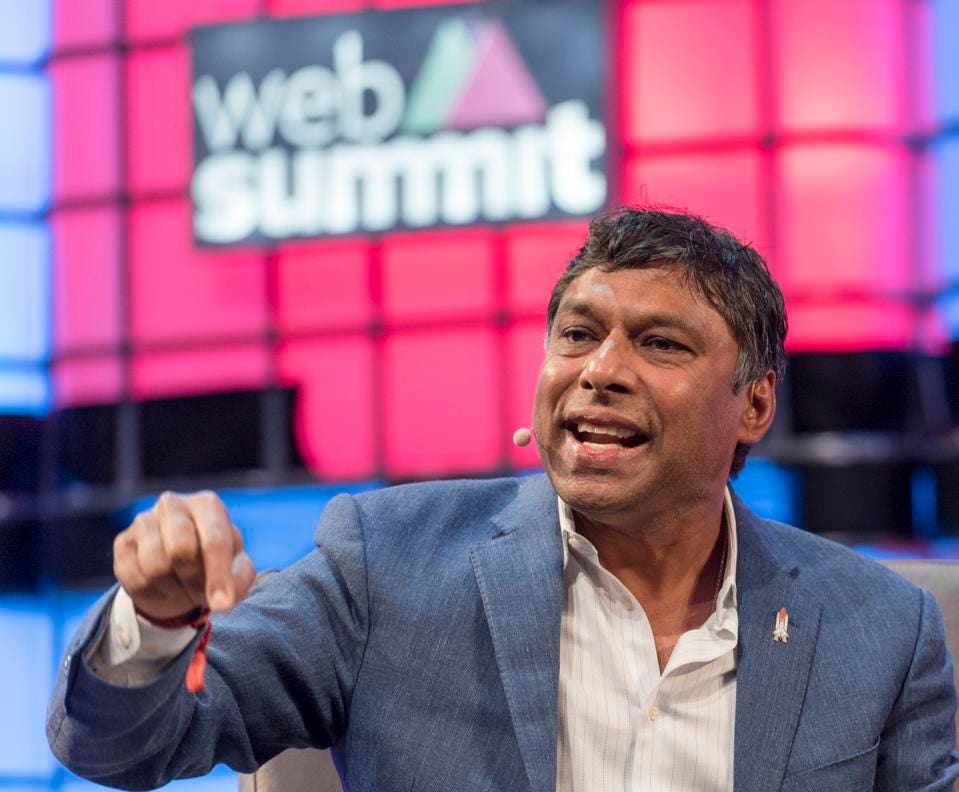 Naveen Jain, founder of Moon Express and Viome, speaks at a panel on ‘Space won’t be the final frontier,’ at main stage in MEO Arena during 2016 Web Summit on November 9, 2016 in Lisbon, Portugal.  (Photo by Horacio Villalobos – Corbis/Getty Images)

Silicon Valley veteran Naveen Jain founded Viome in 2016. Viome’s mission is to help people better understand which diet is best for their health.
Although there are countless diets, advice on healthy nutrition is often conflicting. Viome changes that by analyzing the bacteria and chemicals contained in the gut. In this way, the company is able to suggest a tailored diet that is likely to lead to increased health. The science behind the method is relatively new, but, the company bases its technology on a range of academic studies .
Viome is currently available for $299 in the U.S., Canada & the United Kingdom. Customers receive access to a mobile app as well as an annual in-home test kit. The customer receives their test results and dietary advice in the mobile app.

2. The Ocean Cleanup: Eliminating Plastic From The World’s Oceans 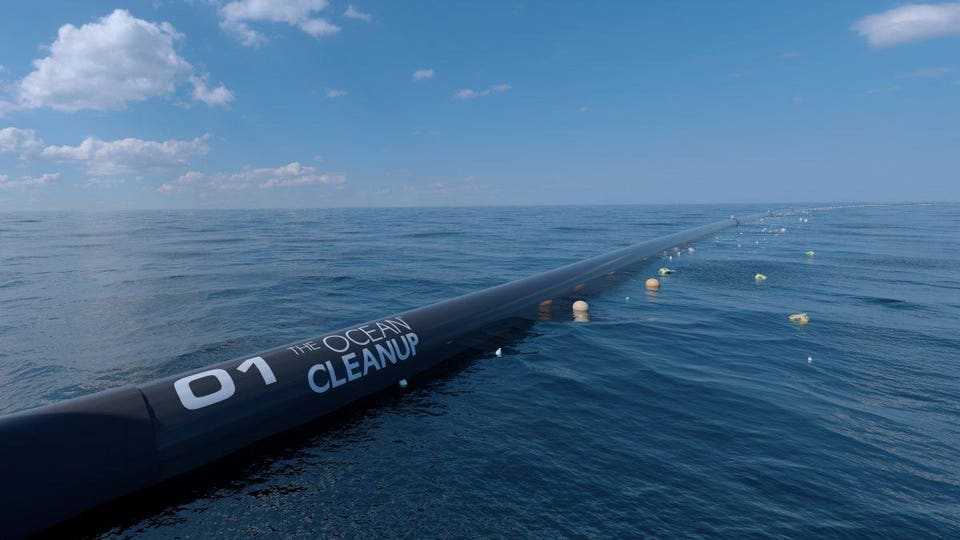 Dutch entrepreneur Boyan Slat founded The Ocean Cleanup in 2013 at age 18. Slat started with a simple idea: What if we could stop ocean pollution by filtering plastic out of the water?
At the time, the focus of existing solutions was to prevent plastic from entering the oceans. Yet, there were no affordable and fast options to reduce existing plastic pollution.
The Ocean Cleanup plans to deploy its first system in 2018. The company will start by cleaning the Great Pacific Garbage Patch, located between California and Hawaii . The area represents the largest accumulation of ocean plastic in the world. The Ocean Cleanup estimates the size of the patch at 1.6 million square kilometers. This is three times the size of France. It consists of 1.8 trillion pieces of plastic, weighing 80,000 tonnes.
The Ocean Cleanup will not be able to eliminate all ocean plastic immediately , but the company expects to reduce the Great Pacific Garbage Patch by up to 50% within the next 5 years . 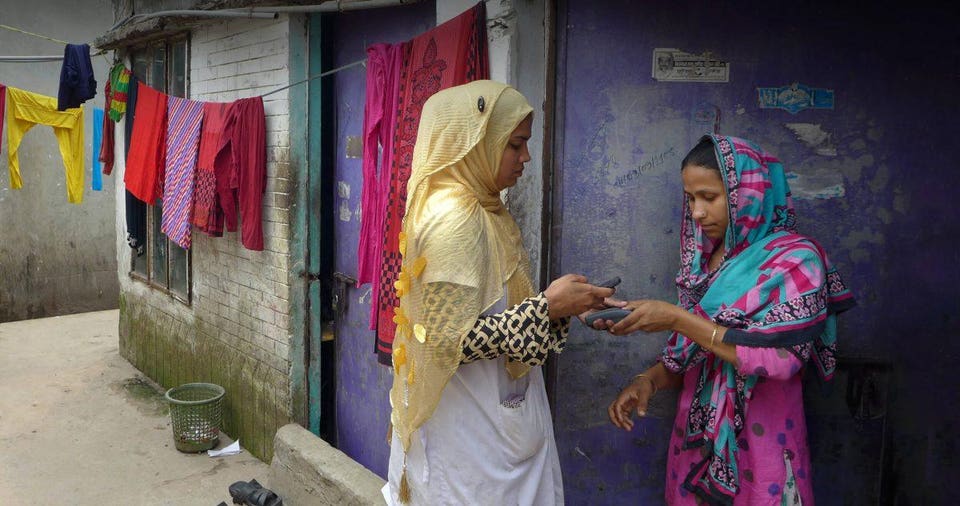 The lack of identification is one of the biggest factors that reinforce poverty in developing countries.

It prevents the world’s poorest from getting access to basic services such as health, education and voting.
Cambridge-based startup Simprints is setting out to solve this problem. The solution is a hardware device, combined with software which identifies people based on their fingerprints.

Organizations such as ARM, Autodesk as well as the Bill & Melinda Gates Foundation are are backing the company. The company hopes to have a massive impact on poverty reduction. It is already working with aid organizations such as USAID & UK Aid to distribute development aid more effectively. 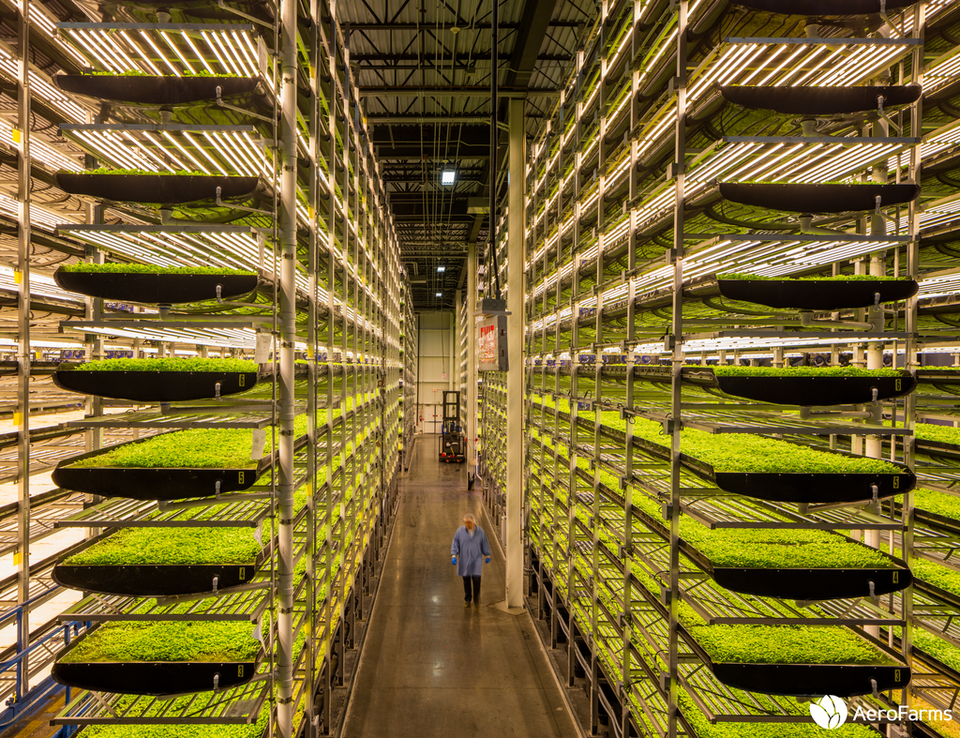 The world’s population is expected to rise to more than 9 billion by 2050. The UN’s Food Administration Organisation (FAO) estimates that, in this scenario, food production needs to increase by 70% .
Yet scaling global agriculture at this rate could result in an environmental disaster. Further deforestation, spreading deserts as well as toxification of soil and water, would be the consequence .
AeroFarms provides a sustainable alternative to conventional agriculture. The company has built indoor farms that can produce food locally using a technology called “aeroponics.”  Plants are not growing in soil, but in air canals sprayed with water mist. This provides the roots with the necessary water to grow.
The company claims this method reduces water consumption by 95% compared to field farming .
AeroFarms doesn’t rely on toxic chemicals to fight pests as the enclosed growing method serves as a natural way to keep crops pest-free . 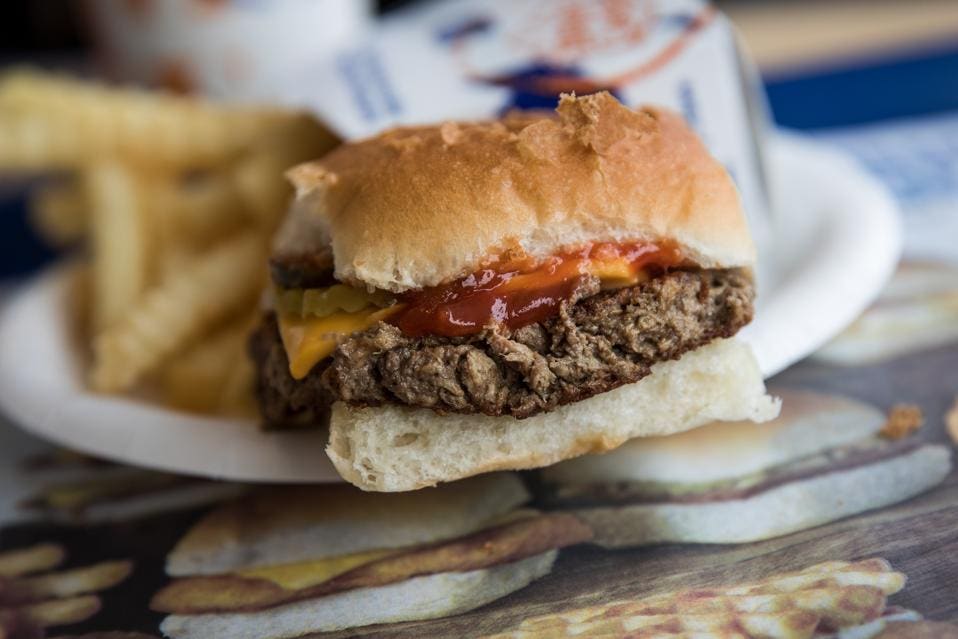 In this photo illustration, a meatless ‘Impossible Slider’ sits on a table at a White Castle restaurant. The meatless burgers, which sell for $1.99, are about twice the size of White Castle’s regular sliders. The patties, made primarily of wheat protein and potato, are the first plant-based burgers sold in an American fast-food restaurant. (Photo illustration by Drew Angerer/Getty Images)

Impossible Foods has attracted a lot of attention for producing a meatless burger that is already sold across the United States . Among others, fast-food chain White Castle introduced the burger earlier in 2018 .
45% of the earth’s surface is currently used for animal farming, which is one of the biggest factors in accelerating climate change .
While vegetarianism is on the rise, there are few solutions that reduce the climate impact of meat farming .
Impossible Food’s approach is to cater to the huge demand for meat, by providing an alternative that tastes the same .  The burger consists of the plant-derived heme protein, which is responsible for the meat-like taste of the burger .

Reviews have generally been positive, with many claiming that the taste is indistinguishable from meat. Celebrities such as Casey Neistat have given the brand an extra boost, as it expands across the U.S.